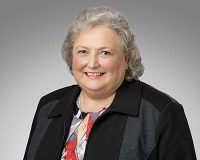 Between 2013 and 2017, Suzanne Ladner gained five Nationally Recognised Qualifications. Her last qualification, the Diploma of Counselling, has led to the registration of her own counselling practice.

Studying at The Australian Institute of Social Relations (AISR) also created a pathway to employment, with Sue currently working as a Client Services Officer at Relationships Australia SA.

As an outstanding student, Sue was nominated for Vocational Student of the Year Award and much to Sue’s surprise has been selected as a finalist in the 2017 South Australian Training Awards.

Curious about how Sue felt about being selected as finalist, we caught up for a brief chat and here’s what she had to say.

How did you feel about being nominated?

I’ve been blown away. When Tania and Iain sent the email I was lost for words. I thought “Why would they want me?” It felt good and it was an honour to be asked. I was surprised and never would have thought to do this myself.

Has being chosen as a finalist impacted you in any way?

It did! At first I panicked and then thought “I can do this”. I had never thought about what I had done so having to write and evaluate got me to realise what I had actually achieved. I just did what I needed to do. I just kept putting one foot forward in front of the other to keep going. Now I have the qualifications to match my experience that I didn’t have before.

How do you feel now being a Finalist?

Nervous! Because I don’t know where this will take me afterwards. If I win I will be Vocational Student of the Year for South Australia which comes with responsibilities. I will be telling my story to many others. An honour. Apprehensive, nervous, hopeful. There are four finalists and everyone has a chance.

The person who wins becomes a National Finalist and the National Winner becomes International Ambassador of Vocational Education.

What helped you get to this point from the time this journey began, three and half years ago?

It was pretty hard. I was trying to put some qualifications to my life experiences. I had plenty of experience but I wasn’t going to be employed without pieces of paper.

Sheer determination, planning, resilience, desire to find myself and lots of support along the way. Without support from others I wouldn’t have been able to get through. Some people were there to call on such as Tania (Course Coordinator, Diploma of Counselling), other staff at the Institute and peers.

Also the realisation that I would need to support myself for the rest of my life. I needed a career to support myself into my 70s. Without qualifications I wouldn’t be able to do this. Now I have my own counselling practice and clients and I’m hoping this nomination can springboard that.

What are you looking forward to in the future?

A career in counselling, hopefully in both my own practice and at Relationships Australia SA. Possibly also working as a trainer for the Australian Institute of Social Relations.

If I win I would become an Ambassador for Vocational Training. With my work and my life experience, this would be a natural progression for me.

To show your support for Sue by voting in the SA Training Awards People Choice Award click here.